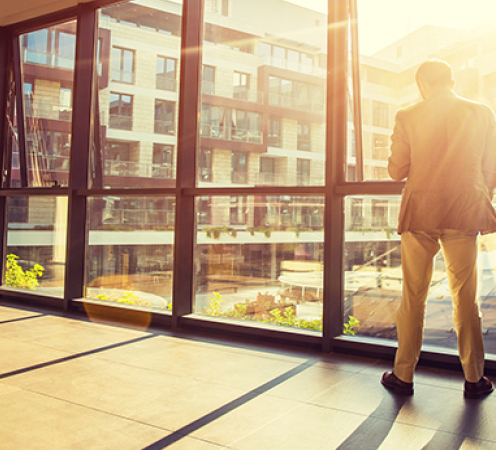 How the U.S. Gift Tax Applies to Foreign Nationals

In the first part of our series on U.S. Gifting Considerations for Global Families, we look at the gift tax and how it can be eliminated or mitigated with respect to foreign nationals.

How the U.S. Gift Tax Applies to Foreign Nationals PDF

Gifting assets is an effective way to transfer wealth to younger generations, family members or others. Foreign nationals residing in countries with a wealth or estate tax can take advantage of gifting to lower future tax bills1. How the U.S. gift tax applies to those not ordinarily subject to U.S. taxes is often misunderstood. This article addresses the rules surrounding the U.S. gift tax and highlights strategies that foreign nationals should consider to eliminate or mitigate its impact.

Like with any of the U.S. transfer taxes2, it is important to ascertain the tax domicile of the taxpayer. Whether a person is a U.S. resident or not for U.S. transfer tax purposes will hinge on a facts and circumstances test. The key to U.S. transfer tax residency is the concept of "domicile" and whether one is considered to be domiciled in the U.S. due to an intent to remain indefinitely in the U.S. The test is subjective and the case law has provided some surprising results3. Some of the factors courts have considered include green card or the type of visa an individual holds; location of principal residence and family members; location of business; declarations of residency in documents such as voter's registration, driver's license, wills or deeds; where a person maintains financial accounts; and where the center of their social life lies.

Rules of the U.S. gift tax

While some countries tax the receiver of the gift (the "donee"), the U.S. taxes the gift giver (the "donor"). The U.S. gift tax will apply differently in accordance with whether the donor is a U.S. domiciliary or not.

On the other hand, non-U.S. domiciliaries will be subject to transfer taxes on U.S. situs assets only, but have no exemption available to them for lifetime gifts and are taxable on the first $1 of these transfers. The gift tax rates range from 18% to 40% and reach the highest rate at $1 million of value. In addition to the unified exemption, both U.S. and non-U.S. domiciliaries have an annual exclusion of $15,000 per donee available to them. 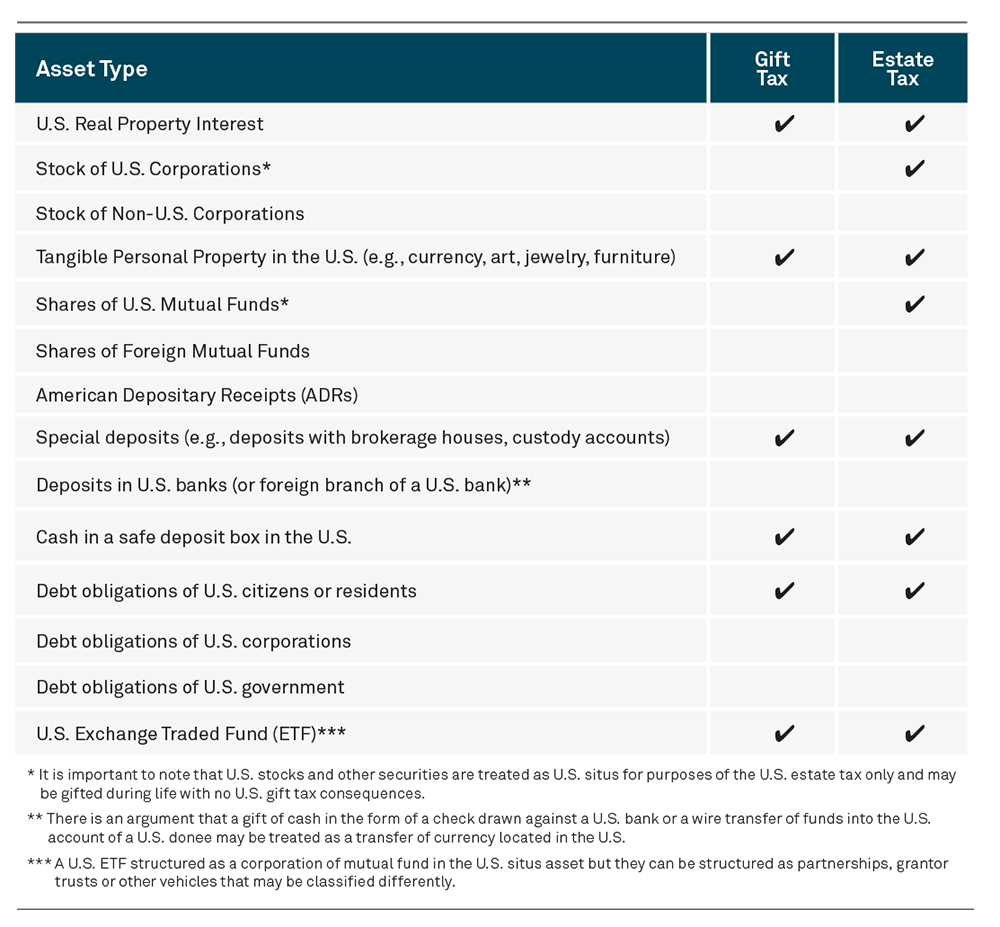 Non-U.S. domiciliaries can eliminate or mitigate the impact of the U.S. gift tax by considering the following strategies:

1. Argentina, France (wealth tax no longer applies to financial assets and is only levied on real estate), Spain, Colombia, Switzerland and Italy all have some form of wealth taxes.

2. These are the estate, gift and generation-skipping transfer taxes.

3. See Estate of Khan v. Commissioner, T.C. Memo. 1998-22 where a Pakistani citizen who lived most of his life and died in Pakistan was found to be a U.S. domiciliary for purposes of the U.S. estate tax. Even though his wife and family still lived in Pakistan, the Tax Court felt he did not reestablish a domicile in Pakistan and other factors showed evidence of an intention to live in the U.S. indefinitely, such as his obtaining a U.S. green card and Social Security number; creating a U.S. Last Will and Testament; and holding significant business interests in the U.S. In the Estate of Nienhuys v. Commissioner, 17 T.C. 1149 (1952), a Netherlands citizen with a green card who was living and died in the U.S. was found to be domiciled in the Netherlands as evidence showed he always intended to return to the Netherlands and was only living in the U.S. because Germany had invaded the Netherlands. This case turned on the principle that once acquired a domicile is presumed to continue until it is shown to have been changed. In Paquette v. Commissioner, 46 T.C.M. 1400 (1983), the decedent was found domiciled in Canada at the time of his death. Even though he had purchased a vacation home in Florida that he visited annually over the course of 20+ years and no longer owned a home in Canada upon his death, he maintained numerous contacts with Canada. For example, he filed income tax returns and voted there, held a Canadian driver's license and passport, held most of his investment assets there and also purchased, registered and insured his car there.

4. Note that this exemption will sunset in 2026 when it will revert to the 2017 value of $5 million indexed for inflation. However, with a change of government possible this year there are tax proposals on the table that could reduce the exemption to $3.5 million earlier.