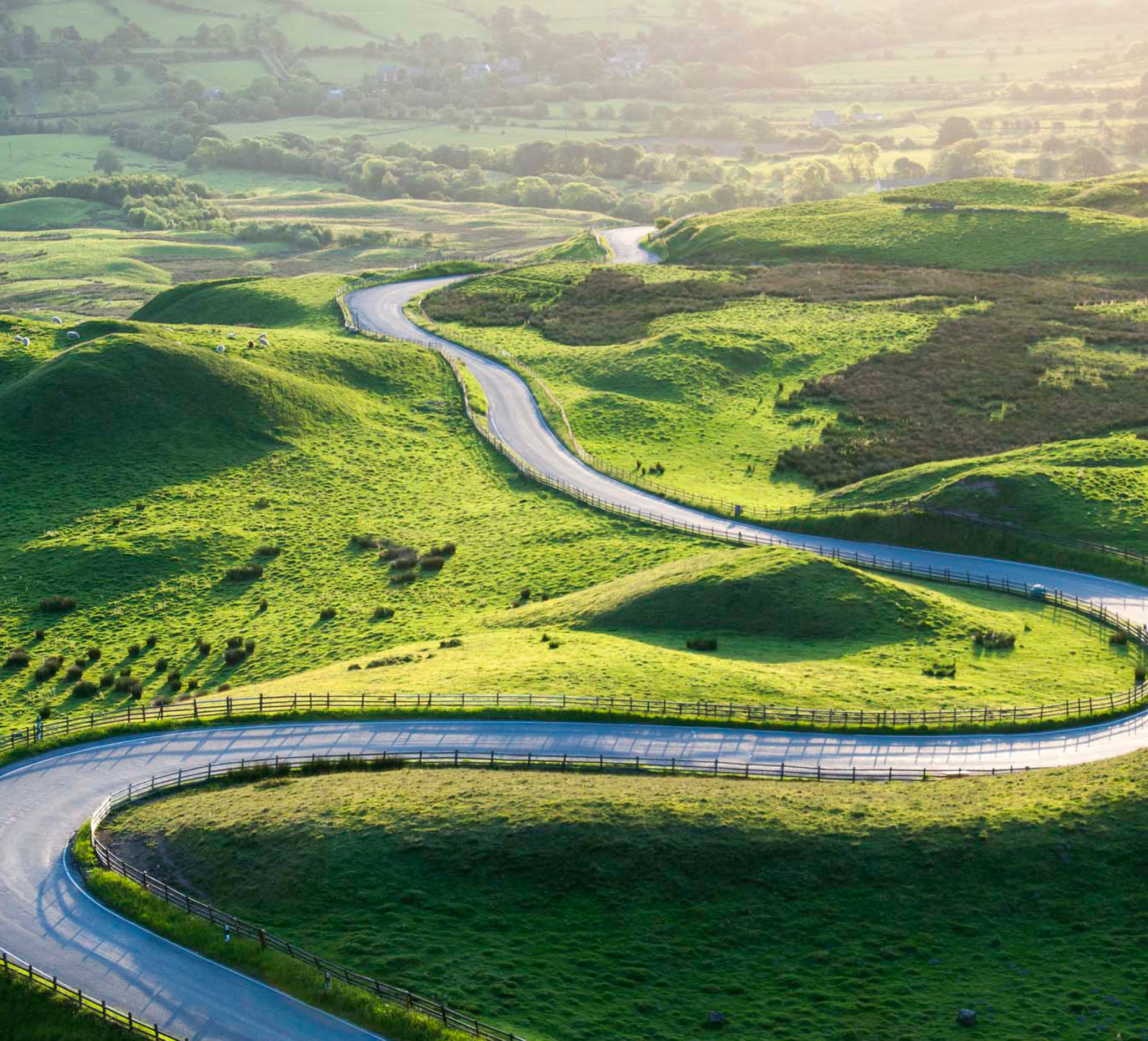 What is impact investing?

To date most investor attention has been focused on Socially Responsible Investment (SRI) and Environmental Social and Governance (ESG) investing. SRI funds operate on the principle of omitting investments in companies that are deemed to cause harm – a company that profits from tobacco for instance. ESG funds can take a broader perspective by limiting the portfolio’s combined exposure to holdings that have negative ESG characteristics. However, some investors are evolving their approach from a ‘do no harm’, omission-driven ethical strategy, towards making their financial investments active forces for ‘good’. This is impact investing.

However, impact investing is not the same as philanthropy. These investments should be capable of generating both a financial return and positive impact in their area of focus. The balance between return and impact, like the level of targeted return or the sector a fund manager might concentrate on, is a choice for the investment management team when constructing the product, and the end investor when choosing it.

One of the first questions for an investor adding impact to their portfolio is how to decide what ‘good’ means to them and therefore what impact they wish to support with their capital. The most commonly used framework for defining impact, both by investors and investment managers, is the United Nations’ 17 Sustainable Development Goals (SDGs). The 2020 Global Impact Investing Network survey found that 73% of impact investors use SDGs in their investment process in some form.

The UN goals are a helpful way to approach impact investing because they provide a framework that covers both general and specific aspects. From a general perspective, the list has been agreed on and adopted by 193 countries as a ‘plan for achieving a better future for all’, making it arguably the best proxy for a common view on where change is most needed and consequently where efforts or capital should be targeted locally or internationally.

That said, we recognize the UN’s SDGs are not exhaustive. Institutions and individuals will have other focal points for the impact that they wish to create – perhaps a faith-based mission or one concentrated in the arts. The important takeaway is that being clear about the goals you wish to achieve is to the foundation of an effective impact strategy.

How do we know if an investment has made an impact?

Once the impact goal is established, it’s necessary to consider whether an investment helps to achieve that goal. There are two questions that are useful when thinking about this: Has impact capital directly caused a desired change? Would this change have occurred without the addition of impact capital? In the lexicon of impact investing these two questions are referred to respectively as causality and additionality.

Here’s an example: An impact fund’s goal is to make investments that support women and tackle gender inequality, while generating a return to investors of between 4% and 5% per annum. A core component of its strategy is to acquire houses and apartments which it then leases to a registered charity. The charity provides temporary accommodation to women and their children forced to leave their homes due to domestic violence, before finding them more permanent housing.

The impact fund purchases three homes at the beginning of the year and leases them to the charity. On average, each home will have three different families living in it over the course of a 12-month period – so an additional nine families should have been found permanent housing because of the capital that the fund invested.

At the end of the year the fund manager sees the charity has rehomed an additional nine families over and above the prior year. The fund’s analysts eliminate other external factors that might have caused this increase, (such as the charity leasing other properties or the local government making a large amount of new permanent housing available) and draws a causal link between its invested capital and the successful achievement of the goal.

The analysts then use the idea of additionality to dig further and test how many of the increased re-housings were due to the properties that the charity was leasing from the fund. They find that three of the additional re-housings were because the charity had increased the efficiency with which it used its existing properties. The additionality of the fund’s investment is now less than it might have appeared, because one third of the change created in the year occurred without their investment.

This example is simplified, of course. Yet it illustrates how causality and additionality are helpful ways to determine two things that should be fundamental to an impact investor: Firstly, how effectively the investment being contemplated is able to generate Impact – and secondly the need to focus on measuring how much impact is being generated for the capital invested.

What kinds of impact investment funds are there?

There are Impact Funds which invest in public equities, public bonds or in private equity and debt. Ownership of an equity, a bond, a private equity stake or a private loan each bring different relationships and levels of influence with the corporate issuer and a different method of impact.

Equity: Public equity is the most challenging asset class to establish a link between the investment of a security and the creation of impact. For example, if a fund we are invested in buys a share of Tesla on an exchange, the cash that the fund pays will pass to the seller of the share not to Tesla, so the investment doesn’t contribute to an activity that will create direct impact. Probably the most that can be said is that you have bought a share of the impact that Tesla is creating by its business activities – that is, reducing reliance on fossil fuels and improving battery technology. Yet, in all likelihood Tesla would have created that impact whether the fund invested in it or not, so there is no additionality from the allocation.

Equity fund managers can, however, effect change through direct dialogue with the company’s management, by voting or tabling motions at company meetings, and by joining other activist investors in concerted campaigns. While there are certainly examples of engagement being an effective tool for change, it can often require a significant holding in the company. It can also be challenging from a resource perspective to manage a portfolio with multiple active campaigns. Lastly the evidence for the success of campaigns tends to be anecdotal, and where they do succeed, they are most likely to be based around governance or strategic changes, topics that are most likely to be raised at annual general meetings and have an appeal to a broad investor base.

These characteristics have been the basis for strong issuance of ‘green bonds’, whose proceeds are tied to projects with a positive environmental effect. More recently ‘sustainability-linked bonds’ (SLBs) have become popular, which typically have coupons that reset higher if the issuer fails to meet certain environmental or social targets by a specified period of time. There is also issuance of ‘Social Bonds’, which have the same structure as green bonds, except their proceeds are linked to social projects.

Many countries, including the U.S., also offer favorable tax treatment on the interest paid by these bonds.1 An example of a recent issue of a green bond is the investment grade European energy company EON, which issued a €750m bond in March 2021, the money raised will be used to fund “sustainable projects in energy networks and customer solutions”.

The fact that a green bond can represent new capital for a specific project means that the buyer can create additionality by providing a portion of that capital. In this case, it’s also easy to draw a clear causal relationship between the capital and the effect that it produces. The additionality component of buying a sustainability-linked-bond takes more analysis to determine as SLBs don’t have their proceeds tied to a specific ESG project.

Private Markets: If an investor can accept the limitations imposed by liquidity and concentration risks, private equity and private debt strategies are the most direct means to achieve impact investment. Private deals have several inherent advantages for impact investors:

These inherent advantages have led to private market investors being involved in impact investing for a longer period than investors from other asset classes. While this was initially driven by the investment offices of wealthy individuals and foundations, in recent years we have seen the establishment of focused impact investment firms or dedicated units within established investment companies.

The flexibility of private capital means that the impact opportunities it can take on are also exceptionally varied, though it’s possible to see some concentration in sectors such as technology, green energy, health care and housing.

A prudent allocator to Impact investments should be aware of the extent to which their capital can create impact and the return they are expecting to achieve. But that is not all. Investors must also ensure the goals of a fund are in line with their own and whether the manager’s reporting of impact outcomes and risks present a fair picture of what is happening in the portfolio. Our team stands ready to help and advise, as you consider your next steps in this exciting and valuable part of the investment landscape.