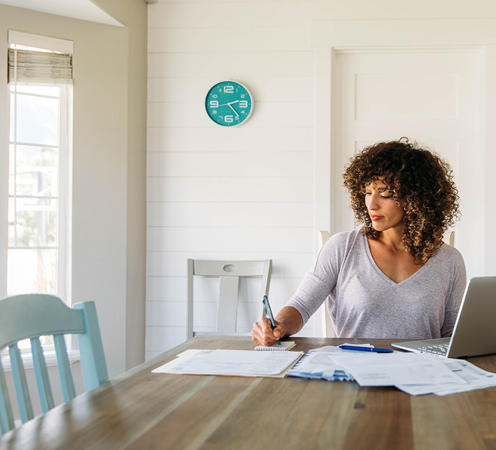 Three Options for Handling a Private Business in a Divorce

It is important for a spouse to address the pros and cons of all the options for dividing private businesses with their advisors before agreeing to and implementing any specific strategy.

As part of the marital dissolution process, spouses generally need to identify, value and divide assets. For certain types of property, such as bank accounts, the process is fairly simple. But what do you do if one or both spouses has an ownership interest in a private business?

The first determination that must be made is whether the business interest is considered a marital asset or separate property. This could depend upon whether the interest was owned prior to the date of marriage, the source of funds used to acquire the business, and the extent of financial contributions and personal efforts contributed to the business by either spouse during the marriage. Moreover, the analysis of marital versus separate property differs from state to state.

Next, it is critical to value the business interest. While it is theoretically possible that both spouses will agree on an amount, the valuation of a business interest often can be a major source of disagreement in a divorce. Because private businesses are not publicly traded on a stock exchange, ascertaining their value can be a complex process.

There are three general approaches to determining the fair market value of a business interest:

In most cases where a business interest has significant value, it will be necessary for one or more independent qualified valuation professionals, such as an Accredited Senior Appraiser (ASA), Certified Business Appraiser (CBA) or Certified Public Accountant (CPA) with an Accredited in Business Valuation (ABV) designation to be engaged as part of the marital dissolution process. They should be able to help determine the appropriate fair market value of the business interest. Often, each spouse will hire their own expert, and if the spouses end up in litigation, a judge will be required to determine which expert has a more credible valuation, which may be more time consuming and expensive than compromising with a settlement.

Buy out the other spouse

The most popular method for dealing with private business interests in a divorce is for one spouse to purchase the other spouse's interest in the business.2

For example: Anna and Bob jointly own and manage a restaurant. Based on an independent third-party valuation, they agree that the fair market value of the restaurant is $1 million. Anna intends to continue to own and run the restaurant, and Bob plans to move across the country and open a new restaurant after the divorce is finalized. In order for Bob to get half of the value of the business as part of the divorce or settlement agreement, Anna could purchase Bob's interest for an amount up to $500,000, depending on the potential tax impact.

If the transfer occurs more than six years after the marriage ceases, then there is a presumption (which may be rebutted with sufficient documentation) that the transfer is unrelated to the cessation of the marriage. If the purchase of a spouse's interest is not treated as a sale for tax purposes, the purchasing spouse would receive the same tax basis on the property as the selling spouse (known as a carryover or transferred basis) and the selling spouse would not be required to pay any taxes on the sale of the business interest. This is important to consider during the marriage dissolution process because the purchasing spouse could owe more in taxes if he or she eventually sells the business interest to a third party down the road.

For example: Assume in the above example that Anna and Bob each have a $100,000 basis in their respective 50% ownership of the restaurant. If Anna purchases Bob's interest in the business for $500,000 as part of the divorce process, it would be treated as a tax-free transfer for tax purposes, as opposed to a true sale — which means that Bob would not owe any taxes on the transfer. Anna's basis in the business would be $200,000 after the transfer — that is, she would carryover Bob's $100,000 basis and keep her $100,000 basis. If Anna later sells the property for $1 million, she would have a gain of $800,000. Anna ultimately may end up with only $300,000 ($1,000,000 in sales proceeds, less $200,000 in taxes — assuming a 25% effective federal and state income tax rate — less $500,000 paid to Bob). Whereas, Bob would have received $500,000 from Anna tax-free. Given that result, a more equitable plan would be for Anna to purchase Bob's interest for less than half of the value of the business while taking future taxes into account, which could be an amount closer to $400,000 — especially if there is a possibility of a future sale transaction.

A key factor in the buyout option is having sufficient cash or other liquid assets (such as stocks or bonds) to buy out the other spouse. Often, the purchasing spouse may be able to obtain financing from a commercial bank or third-party lender — such as mezzanine financing — in order to generate sufficient liquidity to acquire the other spouse's interest. Borrowing can be a tax-efficient strategy, especially in a low interest rate environment. Selling stock for a capital gain or withdrawing funds from retirement accounts (such as a 401k or IRA) could result in ordinary income taxes and potentially a 10% penalty. Alternatively, the purchasing spouse may want to offer a non-pro rata division of other marital assets in lieu of cash, such as allowing the selling spouse to keep full ownership of the principal marital residence or other assets of equivalent value.

The purchasing spouse can also take out a property settlement note, which requires a specified length of time and a reasonable interest rate. It is still considered a division of property, so the payor cannot deduct it from their taxable income and the payee does not pay taxes on the principal.

If a buyout of a private business is not a viable solution for both spouses, then another strategy may be to sell the business and divide the proceeds. This is a common solution when dividing other types of property, such as the marital residence. However, a sale of the business may not be possible without a court order if one spouse insists on continuing the business.

For example: After months of negotiating, Anna and Bob determine that it would be best to simply sell the business to a third party and split the proceeds equally. Fortunately, the restaurant has been highly profitable, it is in a desirable location and the economic cycle is fortuitous for business sales. With the help of a middle market business broker, a third-party purchaser agrees to buy the business for $1 million, which is equal to the independent valuation that was prepared for the spouses as part of their divorce proceedings. Accordingly, Anna and Bob will each receive 50% of the proceeds from the sale of the business (less any applicable fees and expenses).

Even if both parties initially agree, selling a private business may have its own challenges, depending on marketability, profitability and economic conditions. It may be difficult to find an independent third party interested in buying the business for strategic or tactical purposes, and it could take many years to actually sell the business. Additionally, the spouses must consider how they will continue to manage the business while it is in the process of being sold. Moreover, the spouses may disagree about the price offered by a third-party purchaser, especially if it is lower than the independent valuation that was prepared as part of the divorce proceedings.

Alternatively, the spouses could agree that only one spouse will have primary management responsibilities for running the business while the other spouse will receive a percentage of future payments from the business's profits to satisfy his or her share of the marital assets. Depending on the future success of the business, each spouse would be taking the risk of receiving more or fewer assets by maintaining co-ownership of the business.

Co-ownership is not a very popular way to deal with a private business in divorce, because many spouses are not able to maintain a cordial working relationship after going through the divorce process. If the spouses remain co-owners after a divorce, it is important that they have a formal written agreement (such as an operating agreement or shareholder's agreement) to address their future business relationship as if they were unrelated independent investors in the business.

Ultimately, the three methods discussed above are the most common ways for spouses to deal with a private business in a divorce, but they are not necessarily the only ways. Navigating a private business interest in a divorce requires examining all of the factors of the situation, including any debt or liability on the business as well as other owners of the business and any agreements that may be in place between them. It is important for a spouse to address the pros and cons of all the options for dividing private businesses with their family law attorney, tax advisor, wealth manager and other advisors before agreeing to and implementing any specific strategy.

2. It should be noted that in certain professional businesses like law, medicine or dentistry, only the licensed spouse can own the business.

4. See I.R.C. § 1041(c); see also Treas. Reg. § 1.1041-1T(b) (providing that a transfer is related to the cessation of the marriage when the transfer is required under the divorce or separation instrument and the transfer takes place within six years of the date of the divorce).

The information in this paper is as of March 2022 and is based on sources believed to be reliable but content accuracy is not guaranteed.

Setting Yourself Up for Success

The Role of Borrowing in Selling a Business