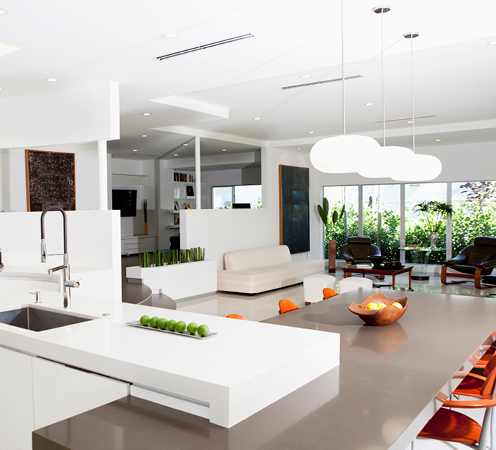 Taking affirmative steps to move one's property and connections out of their old home is critical to avoiding undesired consequences, such as dual domicile treatment or taxation by another state.

Protecting family wealth and managing the impact of taxes have long been priorities for families, regardless of net worth. Since the Tax Cuts and Jobs Act of 2017 (TCJA), which effectively repealed the state and local tax (SALT) deduction, residents of high-tax states are becoming increasingly aware of the potential tax savings that can be achieved by relocating to a low- or no-tax state.1 The priority placed on tax increases by the Biden administration in their pre- and post-election proposals further focused taxpayers' attention on lowering their total tax burden.

The general rule is that a state may tax the worldwide income of a person "domiciled" in that state. Non-residents are required only to pay state income tax with respect to income actually derived from that particular state.

State income tax and local property taxes are not recent creations. However, the TCJA overhauled the federal tax system and specifically disadvantaged residents of states with high income and property taxes. Specifically, the TCJA limits an individual's state and local tax (SALT) deduction to $10,000 for state and local taxes paid. The fallout from the TCJA has been increasing federal tax bills for those with state and local taxes beyond the $10,000 cap. As a result, there have been an increasing number of relocations to non-tax jurisdictions by individuals hoping to reduce their total tax liability. For example, Florida, which has no personal income tax, saw a 3% increase in the migration of net personal income between 2017 and 2018.2

New York, New Jersey, Connecticut, California, Illinois and Hawaii, among others, impose high taxes on residents and decedents.3 Some states, like Florida, Texas and Nevada impose no income or estate tax.

The act of physically moving is the easy part. The more challenging aspect is proving with clear and convincing evidence that the prior domicile was terminated and that the new domicile has been effectively established.

There are a number of issues that must be considered in order to effectively change a taxpayer's domicile. Many factors make sense, such as the relative sizes of each residence and time actually spent in each state. Other factors, such as where your pets live, may seem trivial but are derived from statutes and case law.

The taxation of employee stock options and deferred compensation can be particularly tricky. Under certain circumstances, if former employees exercise company stock options or receive deferred compensation after changing domicile, their prior state of residency may tax them on this income. This is based on the fact that the options and compensation were earned while they were residents of the prior state. Expert advice from tax counsel is important to determine if this applies in any given situation.

It is important to understand that each situation requires a separate analysis as to whether a change of domicile has occurred and to what extent a change will ultimately reduce taxes. This article is not intended to be a substitute for tax or legal advice from an experienced attorney.

An individual's domicile is the state in which they actually reside and intend to remain. Residence in a state without the intention to live there permanently does not suffice. Domicile is subjective by definition and therefore somewhat unpredictable. New York regulations, for example, provide additional guidance, defining domicile as "the place which an individual intends to be the permanent home — the place to which such individual intends to return whenever… absent." The subjective nature of determining one's domicile makes any determination of domicile a fact-intensive inquiry.

What is a Statutory Resident?

Even if an individual successfully changes domicile, spending more than 183 days during the calendar year and maintaining a home in a particular state will typically classify him or her as a "statutory resident" under state law and subject to state tax on all of their income, regardless of its source. A "day" in this context means any part of a calendar day, except when presence in the state is solely to board a plane, ship, train or bus for a destination outside of such state, to receive certain medical care, or if the individual is in active military service.

The Burden of Proving Domicile

If audited by state tax examiners, an individual asserting a change of domicile must prove by clear and convincing evidence that not only did they permanently move to a new state, but that sufficient ties were cut such that the previous domicile was abandoned. Since proving domicile is done on a case-by-case basis, no single factor is controlling and the unique facts and circumstances of each situation will be closely considered. In a case where a New Yorker argued a change of domicile to Florida, the fact that persuasive arguments were made in support of both Florida and New York as the taxpayer's domicile led a court to hold that he had not changed domicile.6 Accordingly, establishing strong ties in a new location may not be sufficient as clear and convincing evidence of intent if strong ties are continued with the previous state.

Once established, an individual's domicile continues until he or she moves to a new location with the intention of making a fixed and permanent home there. If an individual decides to change domicile, certain actions should be taken to bolster the evidence of the requisite intent. This will be required both to establish Florida or Nevada, for example, as the new domicile, as well as to terminate the previous state of domicile. Court cases deciding the issue of domicile provide that certain declarations may evidence a change of domicile, but that those declarations are less persuasive than formal and informal acts that demonstrate an individual's general habits of life.

After changing domicile, the departed state may challenge the individual's non-resident filing status for income tax purposes via an income tax/residency audit. During a residency audit, there will generally be an initial determination of "primary factors" followed by a series of "other factors." An examination of primary factors may focus on the following:

To evidence the intent necessary to change domicile, where possible, an individual should consider taking the following steps:

As stated above, it is a misconception that it is easy to change domicile from one state to another. Taking affirmative steps to move one's property and connections out of one's old home is critical to avoiding undesired consequences, such as dual domicile treatment or taxation by another state. Concurrently with the decision as to where to call home, families are encouraged to seek advice from their wealth manager on how to integrate their investments, spending policy, use of credit and other aspects of their financial wealth with their change of domicile. Additionally, after changing domicile, individuals should continue to consult with their advisors to ensure they do not run afoul of the statutory resident rule. Taking these steps, individuals can help prevent a potentially painful and expensive audit process and, if an audit does occur, can be well-positioned to show that they have actually changed domicile.

1 As of 2020, AK, FL, NV, SD, TX, WA and WY have no state income tax. NH and TN residents are taxed only on income from interest and dividends. 14 states have a state estate tax and six states have an inheritance tax.

3 State income tax rates can exceed 10% for high earners in states like NY, NJ and CA. CA does not impose an estate tax.

4 According to the National Association of Home Builders, Texas is one of the states with the largest proportion of taxpayers paying more than $10,000 in annual property taxes. As reported by Ben Eisen and Laura Kusinto in "High-Tax States Lose People Over 2017 Law," The Wall Street Journal, January 27, 2020.

5 California's Proposition 13 limited property tax rates to 1.125%. In addition, it limited annuals reassessments of a property tax's value to a 2% annual increase, subject to certain restrictions on changes in ownership. Much of California real estate has experienced annual increases in value far above 2%. This means that a substantial portion of the housing stock is assessed at a value far below the its fair market value.

The information in this paper is as of January 2021 and is based on sources believed to be reliable but content accuracy is not guaranteed.

How to Boost Portfolio Returns with Tax-Loss Harvesting Strategies