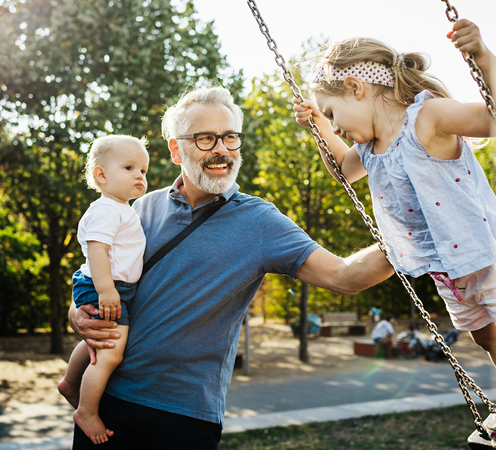 The SECURE Act: Tax and Trust Implications for Beneficiaries

The impact of this new law will need to be addressed as part of a well-coordinated plan in order to preserve and protect the assets for retiring individuals, family members and others.

The Setting Every Community Up for Retirement Enhancement (SECURE) Act includes many provisions intended to enhance retirement savings for workers, allowing them to contribute for longer and make distributions later so they can enjoy additional tax-deferred growth on their assets. However, some of the provisions may ultimately lead to higher taxes and shorten the period in which taxes can be deferred for many retirement account beneficiaries, which is likely to disrupt their existing wealth-transfer plans. Since these provisions affect individuals who will inherit retirement accounts after the law went into effect on January 1, 2020, it's important to understand the nuances of the law, its impact on trusts, beneficiaries and taxes, and how its consequences can be addressed in a thoughtful manner.

While these are certainly welcome changes, the SECURE Act also introduces new rules that present challenges for many account beneficiaries, shortening the period in which they can defer taxes. Before we delve into those rules, let's first distinguish between the different types of account beneficiaries as defined by the Act.

The SECURE Act's retirement account beneficiary provisions rely on its definition of eligible designated beneficiaries (EDBs). An EDB is a surviving spouse, a minor child of the account owner, a disabled or chronically ill beneficiary, or an individual who is fewer than 10 years younger than the account owner at the time of their death. EDBs are not subject to the new provisions regarding inherited retirement accounts. However, in the case of a minor child, once they reach the age of majority they are no longer considered an EDB.

In addition to having the ability to stretch distributions over their lifetime, spouses are still permitted to transfer an IRA into their own name and designate their own beneficiaries. Beneficiaries who inherited an account prior to January 1, 2020 are not affected by the new rules, regardless of whether or not they qualify as an EDB. These beneficiaries can continue to stretch account distributions over the course of their lives, which allows for additional tax-deferred growth. However, any individual beneficiary who inherits upon the death of an EDB will be subject to the new rules.

Any designated beneficiary who inherits a retirement account on or after January 1, 2020 and does not qualify as an EDB is now subject to restrictions that impact the timing of distributions. Inherited retirement plan assets must be fully distributed by the end of the tenth year following the original account owner's death. This means that for designated beneficiaries who do not qualify as EDBs, the ability to stretch withdrawals of retirement assets and defer taxes to allow for asset growth will be greatly curtailed. For such beneficiaries, additional analysis is required to address taxes, withdrawals for spending and other needs. Special attention must also be paid to the impact on trusts that have been named the beneficiary of a retirement account.

Consequences For Trusts Named As Beneficiaries

Trusts are commonly named as beneficiaries of retirement assets to provide investment management expertise and control over the assets held on behalf of a beneficiary. Trusts can offer asset protection from creditors and provide tax planning that might not otherwise be properly addressed by the beneficiary. New provisions of the SECURE Act present challenges for managing the assets in situations when a trust has been named the beneficiary of a retirement account.

Prior to January 1, 2020, qualifying see-through trusts (either conduit trusts, which require distributions to a beneficiary, or accumulation trusts, which give the trustee discretion as to whether to distribute account withdrawals) permitted withdrawals over the lifetime of an individual beneficiary. Under the SECURE Act, however, any trust named as beneficiary for a retirement account on behalf of an individual who is not an EDB must withdraw and pay tax on the account within 10 years following the account owner's death. Though the law eliminates required annual account distributions, there is no longer an opportunity to stretch withdrawals and taxes over a non-EDB beneficiary's lifetime.

Potential problems are not confined to conduit trusts. Accumulation trusts are those that allow a trustee to determine whether to pay out retirement account withdrawals to the beneficiary or to hold such withdrawals in trust. The decision to hold the assets in trust may carry a hefty tax burden, and the issue that must now be addressed is whether the financial and creditor protections afforded by holding assets in trust are worth paying higher taxes on retirement assets.

Income resulting from distributions retained in trust is subject to the highest marginal tax bracket (37% for 2020) when it exceeds about $13,000 annually, a much lower threshold than the one applicable to an individual beneficiary. Alternatively, the trustee could decide to distribute such income to the beneficiary, which would be subject to the beneficiary's own tax rate. Since a beneficiary does not reach the highest tax bracket until taxable income exceeds $622,000 (for a married couple filing jointly), a distribution would result in tax savings. Distributions from a beneficiary account could be timed over a 10-year term to minimize taxes over the period. However, those in higher brackets may want to defer distributions and the associated taxes longer, even waiting to fully distribute all of the assets in the tenth year. In light of tax and distribution complications, any trust that will be named as a beneficiary of a retirement plan or IRA should be reviewed for potential modifications to address both taxes and a trust beneficiary's unique circumstances.

No one solution will address every beneficiary's situation, but there are options to consider when re-evaluating your strategy for retirement assets.

Roth IRA conversions present an opportunity for retirement plan account owners who are willing to pay taxes now to allow the after-tax proceeds to be distributed tax-free at a later date. Once assets are converted to a Roth IRA, no distributions are required either at age 72 or during the lifetime of the account owner, and the funds can grow tax-free during the owner's retirement. Once a beneficiary inherits the account, they may continue to allow the account to grow tax-free for at least the 10-year period after the account owner's death (or longer, if they are an EDB) and then receive a tax-free distribution of those funds. Even an accumulation trust as beneficiary may benefit from the funds being managed as part of a Roth IRA.

Individuals interested in leaving money to charity may consider naming a charitable remainder trust (CRT) as the beneficiary of their retirement assets. In a CRT, the retirement assets become a gift to charity after providing income for named individuals, either for their lifetimes or after a period of time. Because there is no income tax due when the CRT is funded, a larger available balance may produce greater income for an individual lifetime beneficiary.

This arrangement allows a beneficiary of an IRA to defer ultimate distribution from retirement accounts longer than under the 10-year rule — up to either a 20-year certain term or, depending on age of the individual beneficiary, for the life of a non-charitable beneficiary. Though payments of taxable income are required over the duration of the trust, the assets pass tax-free to charity at the end of the term for distributions of income to the individual.

The CRT may also be coupled with a life insurance strategy, using insurance to replace the assets that ultimately pass to charity.

The SECURE Act could be very disruptive for inheriting beneficiaries. The 10-year rule curtails opportunities to defer taxes and grow assets, and it presents conflicts regarding control issues when planning for ultimate distribution of the assets. Going forward, the impact will need to be addressed as part of a well-coordinated plan in order to preserve and protect the assets for retiring individuals, family members and others.