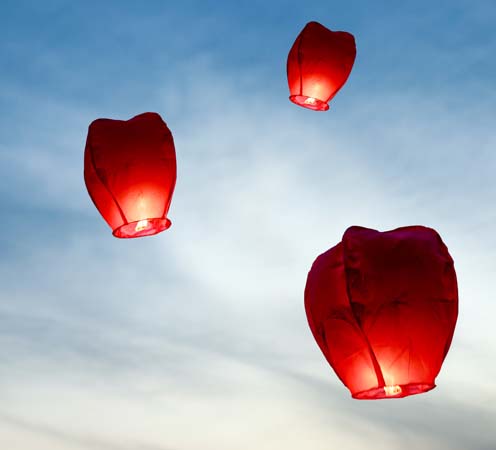 The Federal Reserve has begun raising rates and vows to move quickly if necessary to combat inflation. Here’s what it means for markets.

The long-awaited rate liftoff has arrived. On March 16, the Federal Open Market Committee (FOMC) raised its short-term policy interest rate by one-quarter of a percent. While the decision was already priced into markets, investors were eagerly looking for clues about the path forward. The meeting statement and press conference were more hawkish than many expected, but equity markets ended higher for the day, even with government bond yields rising across the curve, including the two-year Treasury yield breaching 2%.

Let’s look at what transpired at last week’s policy meeting, expectations about the path of monetary policy from here and what it means for markets and portfolios.

The decision and forecast

After three years of a near-zero interest rate policy, the Federal Reserve said it would raise rates by 25 basis points, bringing the federal funds rate to 0.25%-0.50%. The Committee also shared its interest rate projections, or dot plot, which revealed a faster-than-expected pace of rate hikes over the next two years. The forecast now projects hikes at each of the remaining six meetings this year and four more in 2023. This would bring the federal funds rate to 1.90% by December and to 2.80% by the end of 2023.

The meeting statement and Fed Chairman Jerome Powell’s news conference hinted that balance sheet reductions, also known as quantitative tightening (QT), could begin in May. QT occurs when maturing securities roll off the central bank’s balance sheet, which now stands at nearly $9 trillion. It’s another tool the Fed can use to drain liquidity from the financial system. We likely won’t get a glimpse into the pace of balance sheet reductions until the release of the meeting minutes on April 6.

The Committee also released its projections for real gross domestic product (GDP), the unemployment rate and inflation for the next few years, as well as for longer-term. While Powell’s remarks during the press conference about the economy and labor market were generally positive, the Committee lowered its estimate for U.S. GDP in 2022 to 2.8% from its 4% forecast in December, and increased its inflation forecast for the year to 4.3% on the Personal Consumption Expenditures (PCE) price index (its preferred measure) from 2.6% in December.

History tells us that the pace of rate hikes matters. Exhibit 1 illustrates stock market performance under various tightening scenarios dating back to 1946. When the Fed exercises patience with its rate hikes, and waits at least every other FOMC meeting to raise rates, the market rewards amply with returns of around 11% on average one year after the Fed’s first move. It is only when the Fed moves quickly by increasing rates at every meeting that equity markets suffer, losing about 3% one year later. During all tightening cycles, stocks gain an average of around 3% a year after the first hike.

Powell has indicated plans for the Committee to increase rates at each of its meetings this year, suggesting a faster pace of tightening. We expect the Fed will likely increase rates six or seven times in 2022. But we would not be surprised if the Fed acted more aggressively in the first half of the year to get inflation under control, as the FOMC believes the economy is strong enough to withstand this type of action. There is, of course, the risk of the Fed tightening too quickly after having misdiagnosed the strength of inflationary pressures last year. Even so, the Fed has stated that it is committed to monitoring the evolving economic conditions as it works to achieve price stability.

The current question for both the fixed income and equity markets is how much of this tightening has already been priced into markets. It’s intriguing that when the Fed raised rates for the first time and talked a bit more hawkish than the equity market had previously believed, that the market’s response was to rally. This suggests that market participants priced in an even worse case scenario for future Fed hikes and balance sheet reduction. Even on March 21, when Jerome Powell reiterated that the Fed would hike further and faster, if necessary, stocks were able to finish flat after earlier losses. Our overarching belief continues to be that the stock market has enough resiliency to tread water until more clarity is achieved.

At the end of last year, we thought that we would see an easing of supply chain bottlenecks and tight labor supply issues, and that inflation would settle at a new-normal rate of 3%-4% by the end of 2022. Unfortunately, price pressures have become more complex.

Inflation remains stubbornly at a 40-year high, with Covid-induced, demand-led inflationary drivers failing to prove transitory. And now the war in Ukraine has added higher commodity prices to the equation. February’s consumer price index (CPI) revealed broad-based pricing pressures ranging from food and gas to shelter and wages. The CPI was up 0.8% from January and increased 7.9% from a year ago. Energy costs accounted for roughly one-third of the headline 0.8% number. Core inflation, which strips out food and energy costs, rose 0.5% during the month, or 6.4% from a year ago.

Although we have seen some easing of pressures from supply chain bottlenecks, with shipping time docked in ports declining, pricing pressure is generally becoming broader and stickier. This includes food and gas prices, which have risen further since the crisis in Ukraine. These higher prices have the potential to weigh on consumer spending, which accounts for 70% of GDP. While there is little the Fed can do to bring down the price of oil or alleviate supply-chain issues, tightening financial conditions by raising rates will help to slow demand. However, we believe inflation will remain elevated in the near term and have recently increased our year-end inflation range to 3.75%-4.25%.

As we’ve said in the past, stocks can perform well in most inflationary environments. During periods of modest inflation of around 2%-4%, companies can raise prices slightly, pay modest annual wage increases and still grow earnings, which are expressed in nominal dollars. It’s when inflation moves persistently above 6% that price-to-earnings multiples (P/Es) can be negatively impacted. Exhibit 2 illustrates this relationship, with earnings multiples on the decline since last December, when the Fed suddenly made a hawkish pivot and raised the prospect of more rate hikes to fight persistently high inflation.

With investors less willing to pay up for stocks in a higher inflationary environment, corporate earnings will need to do all the work to move the market higher from here. Corporate earnings are still expected to be solid this year, with our estimate of S&P 500 operating earnings at $210-$220. But it may be harder for companies to beat these estimates, with those that fail to do so getting punished by the market.

A more discerning market, combined with a host of uncertainties around the Russia-Ukraine war and the Fed’s ability to orchestrate a soft-landing, is likely to result in a broader range of outcomes for the S&P 500. Thus, investors should expect a bumpier first half of the year as markets look for some resolution to the conflict in Ukraine, an easing of pricing pressures, and evidence that the Fed has not gotten too far behind the curve in combating inflation.

Adjusting our economic outlook, but not our positioning

Like the Fed, we continue to believe that the U.S. economy is in good shape, with unemployment below 4% and consumers’ balance sheets relatively healthy. However, we have seen evidence of growth moderating. While manufacturing and services activity (often correlated with economic growth) remain in expansion territory, they are trending lower because of continued supply chain disruptions, geopolitical risks, and longer-lasting inflationary pressures. These factors, in combination with the Fed’s tightening cycle, have led us to modestly lower our U.S. GDP year-end forecast for 2022 from 4% to 3%-3.5%.

We don’t believe the economy is stagnating or at risk of moving into recession. But the Fed has a delicate balancing act. We expect the central bank will be monitoring data very closely, to rein in inflation without cutting off growth. One barometer that bears watching is the shape of the Treasury yield curve, which has flattened to a difference of just below 20 basis points between the yields on the two- and 10-year notes. The Fed will want to avoid an inverted yield curve (where the 10-year yield is lower than the two-year) because of its historical ability to predict a recession 12-18 months down the road.

An aggressive Fed has a history of ending equity bull markets, but we don’t believe this tightening cycle will end that way. We believe the Fed is focused on fighting inflation and has a lot of flexibility between the path of rate hikes and reducing its balance sheet (when it does begin). We expect the Fed to be very measured and data dependent on its path to policy normalization, to ensure there is enough liquidity in the system to keep the economy growing.

In the meantime, we have not made any asset allocation changes in light of our adjusted economic outlook, as client portfolios are already positioned for this period of heightened volatility, higher inflation and moderating growth. We remain at a neutral weight to equites overall, underweight fixed income and overweight to alternative assets or diversifiers, (for those clients that allow them in their portfolios). Of course, there are many uncertainties in today’s market in addition to the Fed’s tightening cycle and investors should be ready for more choppiness in the coming months. We continue to believe the best advice is to remain invested, well diversified and aligned with a well-thought-out investment plan.