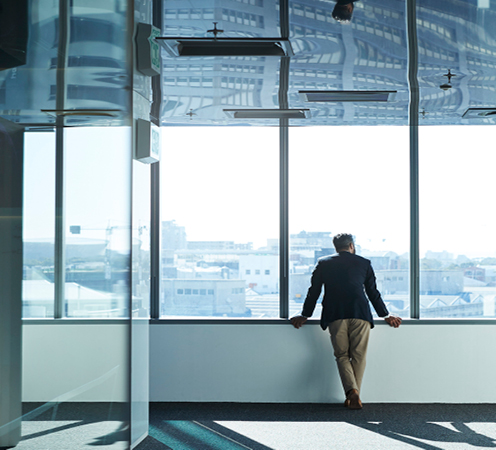 Executive Compensation and Taxes: What You Need to Know

Over the years, companies have come up with creative ways to pay their executives and incentivize them to reach greater degrees of performance. Such plans can create significant wealth, especially if a company goes public or its share price significantly increases over time.

However, in order for executives to realize this wealth in a manner that is both tax efficient and complies with regulation, it is important they understand their compensation structure. Here’s a look at some of the more commonly used forms of executive compensation in publicly traded companies, the mechanics of each type, and the income tax ramifications executives need to take into account in their overall Active Wealth planning.

Other forms of executive compensation

Incentive Stock Options (ISOs): ISOs are awards that allow the option holder the right to purchase shares in the company’s stock at a predetermined exercise strike price. They may be subject to vesting requirements and typically have a 10-year window in which they must be exercised or expire. When exercised, there is no regular taxable income, although there may be an AMT tax preference item to be aware of that is equal to the fair market value (FMV) of the stock that day over the exercise strike price. To the extent the taxpayer holds onto the shares of stock for more than a year from date of exercise and two years from the grant date, they’ll receive long-term capital gain treatment once they dispose of the stock. If sold sooner, the income will be taxed at ordinary rates versus long-term capital gains and a 3.8% tax on net investment income. In addition, to the extent that the aggregate fair market value of stock with respect to which an incentive stock option is exercisable for the first time by any individual during any taxable year exceeds $100,000, such an option is treated as a nonstatutory option. If the requirements of an ISO are not met, the option becomes a non-qualified stock option.

Non-qualified Stock Options (NQSOs): NQSOs are similar to ISOs in that they allow the option holder the right to purchase shares in the company’s stock at a predetermined exercise strike price. They may also be subject to vesting requirements and also typically have a 10-year window in which they must be exercised or expire. The big difference, however, is that when they are exercised, they result in compensation income subject to ordinary income tax rates that can be as high 37%, plus FICA and FUTA taxes (FICA, or the Federal Insurance Contributions Act, funds Social Security and Medicare; FUTA, or the Federal Unemployment Tax Act, funds unemployment benefits). The amount of taxable income is equal to the difference between the FMV at the date of exercise over the exercise strike price. The stock received then takes on a basis equal to the FMV at that date and the holding period of the stock begins on the day after the exercise date as well.

Restricted Stock: Restricted stock is a grant of stock by an employer to an employee in which the employee’s rights to the shares are limited until the shares vest and cease to be subject to the restrictions. Typically, restricted stock means it is subject to a substantial risk of forfeiture. There is no tax impact when the restricted stock is granted, but when the stock vests and/or the restrictions lapse, the taxpayer will usually recognize ordinary compensation income equal to the difference between the FMV and anything that may have be paid for the stock. The holding period of the stock then begins on the date of vest/lapse of restrictions such that if the stock is then held for greater than a year from that date, any subsequent gain will be treated as long-term capital gain.

It is important to note that recipients of restricted stock are also eligible to make a special 83(b) tax election, which needs to be made within 30 days of the grant of the restricted stock for it to be effective. Making an 83(b) election results in ordinary income equal to the difference between the FMV of the stock at the time of grant minus the amount paid for the shares, if any. Depending upon the value at that time and what, if anything, is paid for the shares, this ordinary income could be significant, or it could be immaterial, or even zero. By making the 83(b) election, however, any subsequent gain would be capital gain, and could be long-term capital gain if held for over a year from the grant date. An 83(b) election basically should be made if you think the value of the restricted stock is going to rise significantly. However, if the value drops significantly, the executive would have paid tax on income they ultimately never received.

Restricted Stock Units (RSUs): RSUs are very similar to restricted stock except that, instead of receiving shares of stock at the grant date, the employee receives a commitment by the company to transfer stock or the cash equivalent once vesting conditions are met. Upon vesting/lapse, the employee still is deemed to incur ordinary compensation income either based on the FMV of the stock received or the amount of cash received. To the extent stock is received, the holding period begins on the date of vesting/lapse and if held greater than 1 year, any subsequent gain is treated as long-term capital gain. Unlike restricted stock, however, the employee is not able to make an 83(b) election with regards to RSUs.

Although this list is not all inclusive, the following are a few other forms of executive compensation that should be noted and planned for as well.

Non-qualified Deferred Compensation Plans: These plans allow the executive to defer a portion of their current income, plus income earned thereon, until a specified future date(s) at which point it is paid out. These plans are also subject to complicated rules which an executive should explore with their tax advisor. For example, one of the most important points for an executive to consider is the selection of a payout period, as the payout can’t be altered without adverse consequences. The timing of the payout, which made at the election of the employee, is either over a period of time or as a lump sum. The payouts are subject to ordinary tax rates when paid and these plans are also subject to creditors of the company and are not protected if the company becomes insolvent. State income taxes should be considered when setting these up as well. Deferring income earned while living in a state that taxes income and then moving to a state that doesn’t tax income won’t necessarily prevent the taxing state from taxing the income. Again, a tax advisor should be consulted when structuring these plans and navigating these issues.

Excess Benefit Plan/SERPs: Under these plans, the employer makes contributions to the plan and the plan provides employees with benefits that are in excess of the dollar limits allowed under qualified retirement plans. These plans are subject to creditors of the company and are not protected if company becomes insolvent. They can, however, provide lifetime income during retirement or, as is more often the case, a lump sum benefit payout, whereby the amounts are subject to ordinary tax rates when paid.

Long-Term Incentive Plans (LTIPs): These provide incentives for employees to improve the overall performance of the company by linking an employee’s long-term rewards to the company’s long-term results (usually two to five years). Usually based on meeting performance targets and taxed similar to NQSOs.

Employee Stock Purchase Plans (ESPPs): These are company-run plans that allow employees to purchase up to $25,000 in company stock each calendar year at a discounted price, which can sometimes be up to 15%. The employee contributes to the plan through payroll deductions and the plan then purchases company stock at specified times. Shares must be held more than two years after the offering period begins and more than one year after the purchase date in order to receive favorable long-term capital gains treatment.

401(k), Roth 401(k) and Defined Benefit (DB) Plans (Pensions and Cash Balance Plans):  These are Qualified Plans, which most executives are familiar with. They should also be considered where available, especially where there is employer matching of contributions, or in the case of a DB plan, where it is offered, since DB plans are becoming increasingly rare.

Executives looking to maximize their executive compensation and their overall wealth must understand the different types of compensation structures and their respective tax implications.

Through our Active Wealth approach, we can help you navigate the complexities of executive compensation packages so you can minimize taxes and generate a greater return from the awards you’ve worked so hard to obtain.