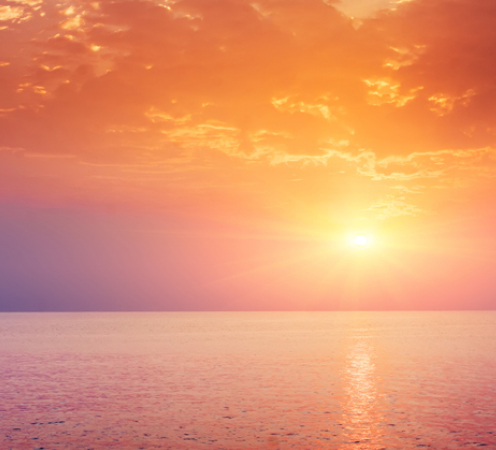 With global recession concerns mounting, it’s time to be more selective on risk exposure and position for future opportunities.

We expected a year dominated by volatility when we wrote our 2022 Outlook: A Turning Point, as the world transitioned to an era of rising rates, higher inflation, and the end to easy money. But the inflection has been far more dramatic than we imagined, and left investors with few places to hide.

Stocks and bonds have recorded two negative quarters in a row, something that’s only happened four other times since 1976. For the first half of the year, the S&P 500 Index was down roughly 20%, and officially entered bear market territory in mid-June. Meanwhile, fixed income delivered negative returns as shifting expectations in monetary policy and stubbornly high inflation pushed interest rates higher and spreads wider. Driven by expectations for aggressive rate hikes by the Federal Reserve, the Treasury yield curve inverted three times this year, a phenomenon that can indicate the possibility of a recession in 6-18 months’ time.

As we move into the second half of the year, concern has shifted from inflation and its impact on policy and rates, to recession. Unlike past tightening cycles, the U.S. economy is already slowing, making the Fed’s job of combatting price pressures more challenging. That’s why we believe there is a growing chance that the U.S. economy goes into recession within the next 12 months. Yet, if it should happen, we think a U.S. economic contraction would be mild and short-lived, especially compared with Europe.

Let’s take a look at our updated growth and inflation forecasts for the year, and what that could mean for financial markets and portfolio positioning.

A tug of war between inflation and growth

Central banks around the world have been held captive by longer and higher-than-expected inflation. Russia’s invasion of Ukraine and China’s zero-Covid policy added to already elevated inflationary pressure and contributed to slowing economic activity. Policymakers face a dilemma: On the one hand growth is slowing and on the other, inflation remains too high.

In June, the Fed got tougher on inflation after it saw inflation expectations settling in at elevated levels and rising energy and food prices pushing May’s headline Consumer Price Index (CPI) to a fresh 40-year high of 8.6%. The Fed has also made it clear that controlling inflation is their primary concern and has acknowledged that a recession is possible.

In our view, June’s hotter-than-expected headline CPI of 9.1% only strengthens the case for the Fed to stay aggressive with a 75-basis point hike in July and continue with that pace at its September meeting as it works to tame price pressures. We could see the Fed begin to moderate the degree of hikes by the end of the year if data suggest inflation is cooling, and as it balances the impact of its hikes on an already slowing economy.

We continue to believe inflation may start to ease in the second half, helped by the “base effect” of being compared with second half 2021 inflation prints. We have also seen goods inflation begin to moderate, supply chain bottlenecks start to ease and oil prices fall nearly 20% from their highs.

Even so, inflation will likely remain elevated for some time as upward pressure from wages and rents are more “sticky,” and the Russia-Ukraine war drags on. We forecast U.S. headline CPI to end the year around 6.5%-7.5%. Inflation should ease more noticeably in 2023 as we see supply chain disruption relief and as consumer spending moderates.

Price pressures are also weighing on consumer confidence which has fallen sharply year-to-date. Inflation has left workers with negative real wages, as prices run hotter than the 5.5% year-over-year average wage increase. Thus, we will be watching to see whether consumer spending slows.

We’ve recently lowered our U.S. real gross domestic product forecast to 1.5%-2.5% for 2022, and have raised the probability of recession to 60% over the next 12 months.

Fixed income was more volatile than equities during the first half, as Treasuries priced in rising inflation, a more hawkish central bank, and the possibility of recession.

The 10-year Treasury note yield moved from lows of 1.5% at the start of the year to a high of near 3.5% in mid-June following the Fed’s 75-basis point hike to finish the quarter just below 3%. The two- and 10-year Treasury yield curve has now inverted three times this year (Exhibit 2).

With bond volatility likely to persist, our approach is to continue to manage fixed income strategies conservatively until the direction of the economy becomes clearer. This means focusing on high-quality, intermediate bonds, keeping duration exposure short given the expected volatility and incorporating credit for yield.

Equity market swings have become more prominent this year, as valuations reset to an environment of higher inflation, higher interest rates, lower price-to-earnings (P/E) multiples, and an imminent earnings slowdown. Equities can do well if inflation is under 4%, but as you can see from Exhibit 3, valuations suffer when inflation stays persistently above 4%. The decline in stocks has been driven by multiple compression with the S&P 500 price-to-earnings multiple falling from around 21x based on 12-month forward earnings to 16.3x. The decline in P/E multiples was led by growth and tech stocks, which carry a larger weight in the S&P 500.

We could see another leg down in U.S. equities in the second half if companies announce weaker revenues and lower earnings guidance given high input costs and cooling demand. If we look at the relationship between the U.S. Purchasing Managers’ Index (PMI) and 12-month forward earnings (Exhibit 4), you’ll see that a decline in earnings expectations typically follows a downtrend in the PMI by about three months. Thus, consensus estimates for 2023, currently at $250 EPS, could move lower as companies update their guidance to reflect the slowing backdrop.

The big question is: How long will the bear market last? This depends on whether growth falls into a recession. Historically, non-recessionary bear markets decline 23% and last 6.5 months on average, which is roughly in line with the current year-to-date drawdown. If we’re heading into a recession, then another 10%-15% drop is possible and could last another 6-9 months. However, one-year forward returns from when the S&P 500 was first down 20% during bear markets is 18% on average, meaning additional downside from current levels could present buying opportunities for longer-term investors. In order for equities to find a bottom we think earnings estimates need to drop to levels more in line with a slowing economy, inflation needs to not just peak but decisively move lower, and the Fed has to pivot. At that point, markets could begin to find a bottom and price-in a recovery.

Exhibit 5: How Much The Market Corrects Depends On Recession Risk

The first half of the year was a rough ride for investors, offering nowhere to hide. Going forward, the uncertainties of elevated inflation, the Fed’s ability to navigate a soft landing and the risk of a U.S. recession will continue to drive volatility.

Early in the year, we lowered risk in client portfolios in the face of rising inflation and geopolitical pressures. That included moving our equity exposure down to neutral and reducing exposure to high yield credit. Within our small overweight to diversifiers, we also increased exposure to private equity for its low correlation to public markets and more attractive long-term return potential.

We recently recommended getting more selective in our equity risk exposure. With Europe hard hit from rising energy prices and given our continued expectation for a strong U.S. dollar, we are now taking some risk out of portfolios by reducing exposure to non-U.S. developed equity markets and emerging markets. This latest move will help protect portfolios from what we believe could be a more severe economic downturn abroad than at home, and it also provides portfolios with dry powder to position for an eventual bottoming in U.S. equities and a subsequent economic recovery.

Beyond the latest portfolio positioning we’ve recommended, we believe investors should focus on investment strategies designed to protect investments during volatile markets, such as buffered equity solutions and tax-loss harvesting. This year has proven the importance of looking beyond a traditional 60/40 portfolio of stocks and bonds. Often overlooked are diversifiers, such as long/short equity hedge, absolute return, and private equity. These strategies are less correlated with traditional assets and can reduce overall risk in a portfolio and offer the potential for return.

Most importantly, investors should remember that markets are forward looking and price-in changes in the real economy 6-12 months ahead. If inflation data start cooling for both core and headline, we could see the Fed signal a return to a more measured pace of rate hikes. Under this scenario, we may look to take advantage of a potential rebound as the economy and earnings recover later in 2023 and going into 2024.

The information in this paper is current as of July 2022. It is based on sources believed to be reliable but its accuracy is not guaranteed.